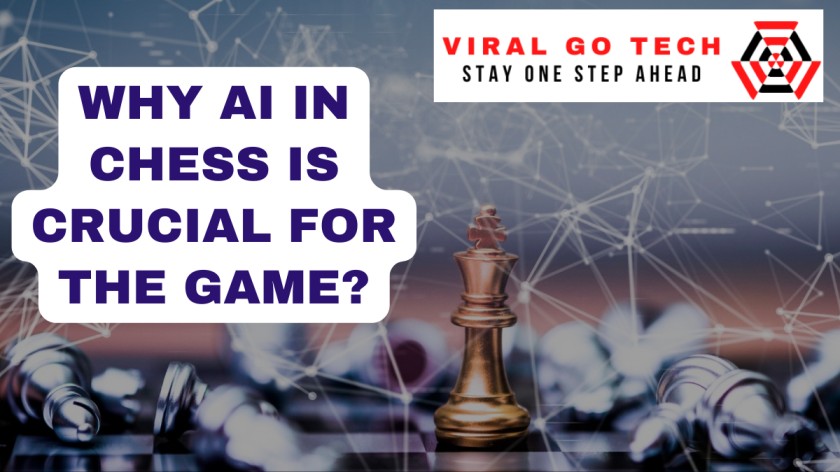 Chess is a board game that has been enjoyed by people all over the world for centuries. It’s a classic game that is perfect for people of all ages. While there are variations of chess, such as blitz and 3D versions, it’s not difficult to see why it remains a favorite with so many people.

AI has been playing chess for decades now, but recently we have seen an explosion in new AI applications that use artificial intelligence to make the game more interesting, while also creating opportunities for players to improve their skills.

The challenge of getting beaten by software may be too scary for some players, but it can also help them learn faster and become more confident in their abilities. Let’s look at what makes AI in Chess so intriguing and why it might be the game’s future.

Introduction To the History of AI and Chess

The history of artificial intelligence (AI) and chess is a long and complex one. AI research began in earnest in the 1950s, and early chess programs were developed in the 1960s. However, it was not until the 1980s and 1990s that AI began to make significant inroads in the chess world. In 1997, IBM’s Deep Blue supercomputer made history by defeating world champion Garry Kasparov in a six-game match.

Today, AI is playing an increasingly important role in the chess world. Many of the top chess players in the world are now using AI programs to help them prepare for tournaments. Some of these programs are even capable of beating world-class players. AI is here to stay in the world of chess.

What is Artificial Intelligence in Chess?

AI is the science of creating computers and software that can think, reason, and create as humans do. Chess has been a popular game for AI researchers to test their latest techniques and algorithms because of the wide range of complex problems that it can teach us about the human mind.

AI in chess refers to computer programs that can play chess at a level that is generally better than most humans, while sometimes even exceeding the skill of the best professionals. The ability of computers to beat humans at chess was one of the first signs that artificial intelligence was becoming a reality.

Since that momentous achievement in the 1950s, chess-playing computers have only become stronger as machines have grown more powerful. Chess is a great testing ground for artificial intelligence because it’s similar to real-world situations.

Benefits of AI in Chess

There are many benefits to AI in chess, including increased participation, better play quality, and a new level of excitement for fans. AI can help increase participation in chess by removing the intimidation of facing another person.

If a person is less nervous about playing a computer, they might be more willing to learn the game. Chess is a complex game, but it’s considered to be one of the ultimate tests of intelligence. It’s often used to test the capabilities of new technologies and has a history of providing breakthroughs in AI research.

In recent years, though, chess has been somewhat eclipsed by the rise of Go as a more challenging test of artificial intelligence.

Read Also:- The Future of AI: How to Make Money with Artificial Intelligence

The Good and the Bad of AI in Chess

The biggest challenge for humans playing against strong AI is that computers don’t make mistakes. While there are many benefits to AI in chess, it can also make the game less interesting for fans and players.

AI is great at conducting long, intense battles but can be somewhat predictable. A computer has a certain style that can be easy to recognize after a while.

Why AI is Important for the Future of Chess

Chess has been around for centuries and is still one of the most popular board games played today. While there are variations of chess, such as blitz and 3D versions, it’s not difficult to see why it remains a favorite with so many people.

AI has been playing chess for decades now, but recently we have seen an explosion in new AI applications that use artificial intelligence to make the game more interesting, while also creating opportunities for players to improve their skills.

The challenge of getting beaten by software may be too scary for some players, but it can also help them learn faster and become more confident in their abilities. Let’s look at what makes AI in Chess so intriguing and why it might be the game’s future.

How to Prepare for a World with More AI in Chess

If you’re a chess player and you aren’t excited about the opportunities that AI can bring, you may want to start preparing for a new reality.

The good news is that while AI can help to create more interest in the game, it can also help players of all skill levels to improve their game.

One of AI’s biggest ways to improve the game is by providing players with better, more personalized instruction. It can help people to understand their mistakes and correct them while they are still learning the game.

AI in chess has been revolutionizing the game since the 1950s when computer programs first defeated human players.

Chess is a great testing ground for AI because it’s similar to real-world situations. The game’s complexity makes it challenging for computers to play, but it also means that chess teaches us about the human mind and how we think.

The best part about AI in chess is that it can help players of all skill levels improve their game.

Ques1. How important is intelligence in chess?

There is a common misconception that intelligence is more important than talent when it comes to chess. Talent is indeed vital but you can’t overlook intelligence. Studies have shown that people with a high IQ (over 130) are better at chess than people with a lower IQ.

Additionally, people who are more creative in other areas of life tend to be better at chess. Plausibly, your chess intelligence and creativity are related, so you can improve both by doing work that requires you to be creative.

Ques2. How has AI affected chess?

Chess has just seemed to drop off of the radar. Nobody is playing it anymore. And my question for IBM is why? It’s a good game. They have computers doing all kinds of stuff. I don’t know what happened with that. We have computers that can win at chess. With a computer, you can play chess online for free.

They should bring chess back and use it as a teaching tool. I’m a teacher myself, so I think chess would be a good game to start children with. It would teach them a lot of things like Making decisions, problem-solving, critical thinking, planning, discipline, and how to follow the rules.

Ques3. What is the role of AI in game playing?

Artificial intelligence (AI) is one of the hottest topics in the technology world today. AI is a branch of computer science that bears on the question of how to create computers that can perform tasks that typically require human intelligence.

\More specifically, a computer can be able to perceive its environment and take actions that maximize its chances of success – compare that to a human’s natural intelligence. To understand the role of AI in game playing, it is first necessary to define AI as well as game playing.

Ques4. How good is chess AI?

It depends on what you mean by AI. It has been a few decades since Chess was solved. Today’s chess engines have a big advantage over humans in tactical play, but their positional understanding leaves much to be desired. Computer chess has been solved down to 7-8 ply depth.

The book “My Hundred Best Games of Computer Chess” was written by a computer programmer that won a tournament in 2001 where it beat three strong programs.

Ques5. Can you beat AI in chess?

AI has been making significant strides in the field of chess in recent years, with machines becoming increasingly adept at the game. However, there are still many human players who are able to beat AI at chess.

This is due to the fact that human players are able to think abstractly and see beyond the immediate moves in front of them, while AI is still largely reliant on brute force calculations.

As such, while AI is getting closer to being able to beat the best human players, there are still many humans who can beat AI at chess.