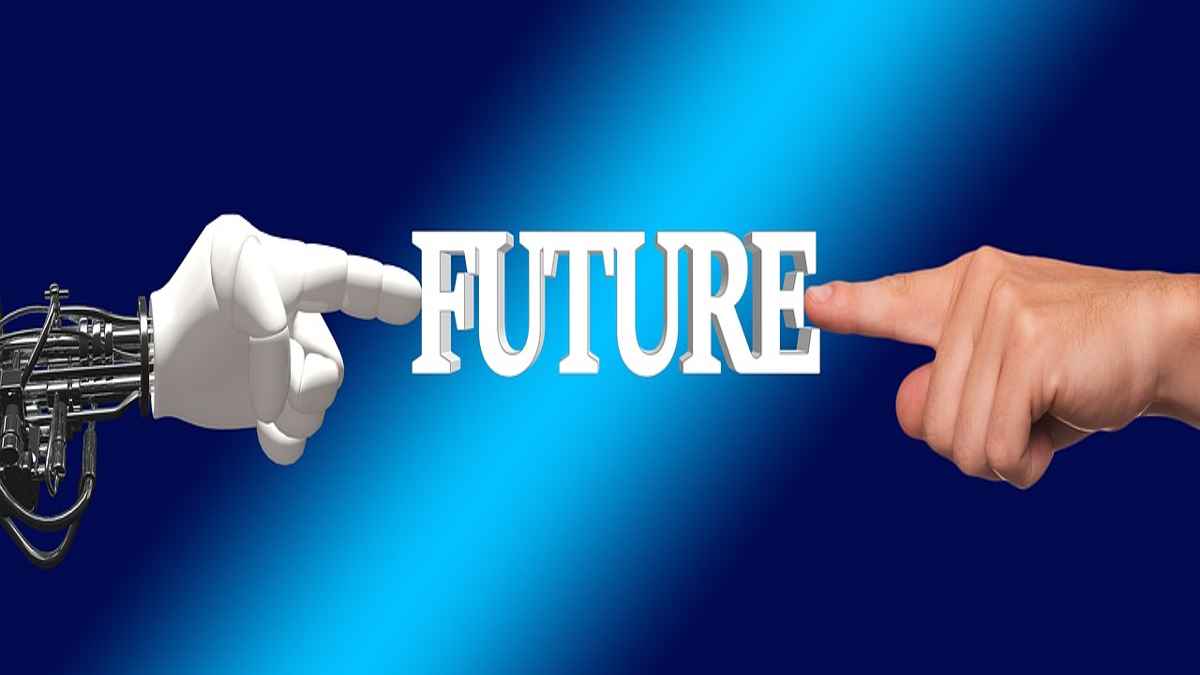 Human-robot interaction is rapidly changing how robots are used in our everyday lives. In the past few years, we’ve seen advances in robotics that have made the machines more accessible and user-friendly.

To make your life easier, robots can now vacuum your floors or mop your kitchen floor with just the press of a button. But what if a robot could do much more? What if it could recognize you as its user and know when you are home versus away so that it doesn’t vacuum when you’re not there? The future of human-robot interaction will be about creating robots that adapt to our needs and desires.

They will understand us like never before and support us in our everyday tasks at home, work, and school. With this blog post, you will learn about the exciting developments in human-robot interaction that are on the horizon.

What is Human-Robot Interaction?

Human-robot interaction (HRI) is the study of how humans interact with robots. While researchers have been studying how robots can be used to help humans in different areas, they have also been studying how people can use robots to enhance their lives.

HRI researchers study how people interact with robots in a variety of settings, including healthcare, education, and domestic environments. They also study how robots can interact with people in ways that are useful, safe, and acceptable.

Researchers use a combination of engineering, computer science, and psychology to study these topics. Human-robot interaction is important because it is the foundation of how people will use robots in the future.

As technology becomes more advanced, we need to make sure that it is safe and can be used by humans in a helpful way without hurting them or invading their privacy.

Read Also:- Home Security Robots – How The Future of Security is Changing

Voice as a Key Component of Human-Robot Interaction

Robot-human interaction has been an area of great interest for many years, and it will continue to drive development in the robotics field for many more. This is because it is most natural for humans to communicate using voice-based means, something that is not as simple for robots to interact with humans.

The rise of voice-based human-robot interaction is likely to see it overtaking touch-based interaction in the years to come. This is because machines are able to interpret and understand voice commands far better than they do physical gestures.

Due to the limitations of current technology, the speech recognition accuracy of computers is quite low when compared to humans. As such, computers are unable to recognize different accents, slang, and unusual pronunciations.

This is likely to be the primary reason why voice-based interaction is not more prevalent among humans and robots at this time.

One of the most exciting developments in the robotics field is the rise of affordable and accessible AI-driven robots. In the past, sophisticated robots have been cost-prohibitive to most people. As the technology behind robotics continues to become more advanced, the costs associated with the production of these machines are coming down.

This means that robots are becoming more affordable for the average consumer. As the technology improves, more and more people will be able to enjoy the benefits of having a robot in their everyday lives. Robots are now better able to navigate and understand their surroundings.

They are able to perceive and respond to their surroundings, and also to recognize people and other robots. This is thanks to improvements in computer vision and artificial intelligence.

Robots That Learn About You

One of the most exciting developments in robotics is the ability for robots to learn about their users.

This is known as contextual or personalized learning. With this technology, robots can understand and adapt to the needs and wants of each person. If, for example, a person has a health condition that means they cannot climb stairs, a smart stair-climbing robot would be able to recognize this and stop them from ascending the stairs.

It would also be able to understand when the person is ready to climb the stairs once again.

Similarly, if a child has a peanut allergy, a robot vacuum cleaner would be able to recognize this and stop itself from moving its sensor across the floor where the child has left crumbs. It would also be able to switch off its motor once the floor has been cleaned.

While these developments are exciting, there are many other areas where robotics is set to make great strides. Advancements in artificial intelligence, machine learning, computer vision, and natural language processing are likely to see robots become more intuitive and helpful.

The rise of more intelligent robots will enable them to better understand and respond to human emotions. Robots will be able to better support us in activities such as caring for our health and managing our finances. Another area that is likely to see a great deal of progress is the use of haptics in robotics.

This is the science of applying tactile sensations, both with the use of robotics as well as scientific instruments. Haptics is used in a wide range of applications, from medical procedures to virtual reality.

The Age of Social Robots

There are a number of reasons why social robots are becoming more popular.

First, they can provide companionship for people who are lonely or isolated.

Second, they can help people with disabilities or chronic illnesses.

Third, they can entertain and educate children.

Fourth, they can help to keep the elderly active and engaged.

Fifth, they can be used in workplaces to help with tasks such as customer service or data collection.

Overall, social robots offer a lot of potential benefits.  If we can manage these risks, social robots could have a very positive impact on our lives.

Read Also:- The Future Of Humanoid Robots: A Look Into The Future

Human-robot interaction (HRI) is a field of research that studies the ways in which humans and robots interact with each other. HRI is important for developing robots that can work effectively in human environments, such as homes, offices, and factories. However, HRI is also fraught with challenges and limitations.

There are also several limitations to HRI. One is that humans and robots often have different forms of intelligence, which can make it difficult for them to understand each other. Another is that humans are often not very good at controlling robots, which can lead to accidents.

Finally, HRI is often expensive, which can limit its use in many practical applications.

Robot-human interaction has been an area of great interest for many years, and it will continue to drive development in the robotics field for many more. This is because it is most natural for humans to communicate using voice-based means, something that is not as simple for robots to interact with humans.

The rise of voice-based human-robot interaction is likely to see it overtaking touch-based interaction in the years to come. This is because machines are able to interpret and understand voice commands far better than they do physical gestures. Due to the limitations of current technology, the speech recognition accuracy of computers is quite low when compared to humans.

As such, computers are unable to recognize different accents, slang, and unusual pronunciations. This is likely to be the primary reason why voice-based interaction is not more prevalent among humans and robots at this time.

Read Also:- What is Cobot (Robot) and What Do We Need To Know

Ques1. What is the future of human robots?

With the ever growing advancements in artificial intelligence, human role in the workforce is diminishing to mere rote tasks that require minimal human discretion. Major corporations such as Facebook, Twitter, Google are employing AI bots which are replacing the jobs done by humans.

Soon many white-collar jobs will be taken over by automated software tools and robotic process automation, leaving many employees without work. The Artificial Intelligence researcher’s prediction is that half of all work in America is ‘likely to be automated’ by 2027 and in the UK this could happen by 2026.

Automation and AI are taking over humans jobs, putting millions out of work all across the globe. Companies will most likely continue to hire if automation leads to a rise in productivity but what type of work can be imagined for humans if everything is automated?

Human-Robot interaction will become increasingly more complex as we machine learning techniques perfect. As AI and ‘thinking machines’ become widespread, we must redefine our society’s attitude towards work, life values and even our self-image.

No, robots cannot replace human interaction. Humans and robots can work together to complete tasks more efficiently and effectively.

As we are moving towards a highly automated world for all our day-to-day tasks, the human interface and interaction will reduce drastically. The manufacturing unit floors will have no humans, elevators will be automated, cars will have self driving, even food ordering and delivery will be automated.

All this does not sound bad but it does raise questions on how we view ourselves in such a scenario. What is the value addition that we are going to bring into such a robotized world. Somehow we cannot visualize ourselves becoming couch potatoes just because everything is being done by AI/robots. Also there is a fear of displacement if machines starts taking more decisions in our lives and we start delegating things to them.

We might end up being in a situation where machines are deciding what we should do based on probability theory or some other sophisticated statistical model which might not necessarily go well with our human brains.

Ques4. What is the name of the field that aims to provide guidelines for ethics in AI and Human-Robot Interaction HRI )?

The name of the field that aims to provide guidelines for ethics in AI and HRI is called “machine ethics.” Machine ethics is a branch of philosophy that deals with the question of how moral values should be applied to machines, and specifically to artificial intelligence (AI) and HRI.

The field of machine ethics is still in its early stages, but there is a growing body of work on the subject. Some of the issues that have been addressed include the question of whether or not AI should be given the same moral status as humans, and if so, how to determine what moral values should be applied to AI.

Other issues that have been considered include the impact of AI on employment and the possible risks of AI becoming uncontrollable.